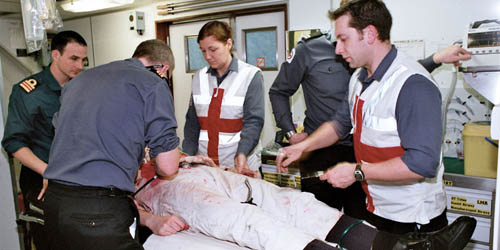 The Medical Department on board Ark Royal was routinely staffed as an extended general practice and was equipped as a small hospital. There were consulting rooms, a pharmacy and a ward for the more serious cases. A modern operating theatre was available for routine minor surgery and emergency surgery when a surgical team was embarked.

A separate dental surgery, with all the facilities of a modern dental practice, was also available.