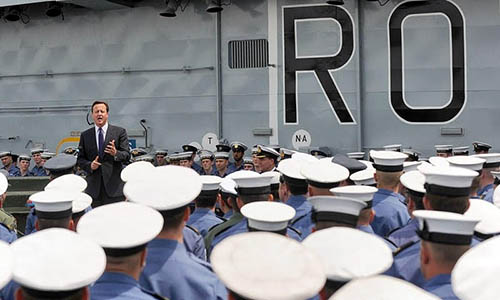 6th April - Sail from Portsmouth for the AURIGA Deployment.

21st April - On stand-by to repatriate British travellers stranded in France due to the Icelandic volcanic ash cloud.

6th May - Undock and cold move to Sheer Jetty.

7th May - Sail from Portsmouth to resume planned deployment.

28th May - Arrive in Mayport, Florida for stand off.

29th June - International Fleet Review by Her Majesty The Queen and the Duke of Edinburgh.

5th November - Visit by Her Majesty The Queen.