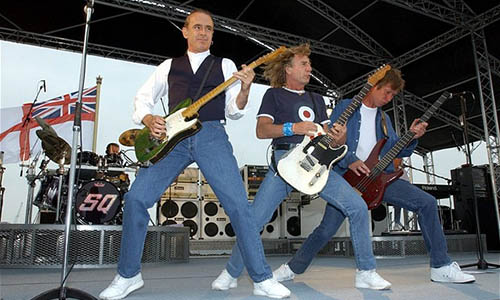 11th February - Sail from Portsmouth for Shakedown period and to prepare for BOST.

15th April - Sail from Portsmouth for Aviation Work Up.

16th May - Sail for Mediterranean deployment.

19th June - Visit by Status Quo to record the video for their single "Jam Side Down".

27th June - Visit by Her Majesty The Queen and the Duke of Edinburgh as part of the Golden Jubilee Celebrations.

26th September - Arrive in Valletta, Malta to participate in celebrations marking the 60th anniversary of the Malta Convoys.

8th November - Portsmouth for Base Assisted Maintenance Period and leave.