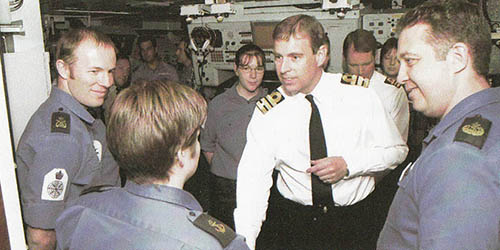 30th July - Visit (at sea) by HRH The Duke of York to mark the end of his naval career.

4th September - Sail from Portsmouth for weapons and aviation trials.

22nd November - Rededication Service in the presence of Her Majesty Queen Elizabeth, The Queen Mother.

December - At sea for marine engineering and aviation trials.