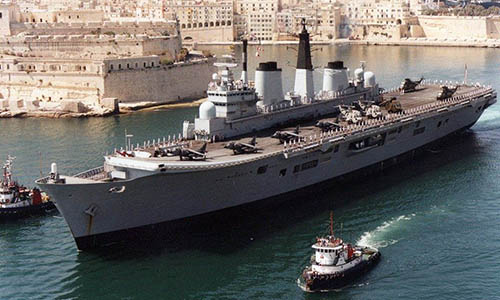 14th January - Sail from Portsmouth to deploy to the Adriatic for Operation GRAPPLE.

13th April - Arrive in Naples, Italy for stand off and Self Maintenance Period.

November - Aviation trials and Air Work Up at sea.