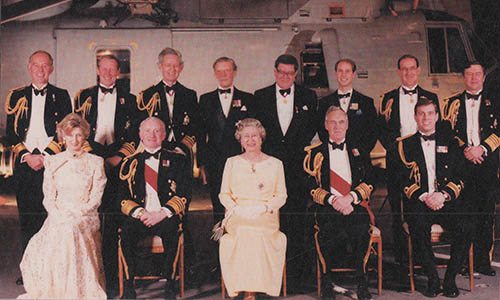 14th March - Visit to Amsterdam (cancelled due to bad weather).

6th May - Portsmouth for a maintenance period and late Easter leave.

12th July - Portsmouth for a maintenance period and Summer leave.

10th November - Royal Dinner on board for Her Majesty The Queen. Other guests include The Duke of York, The Earl of Wessex and Princess Alexandra.