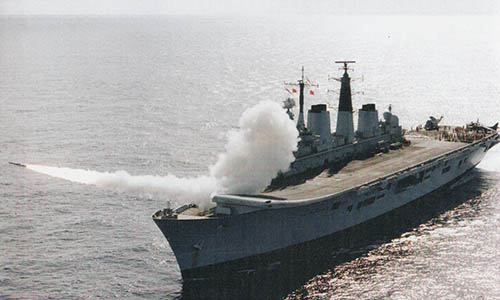 10th January - Sail from Portsmouth to the Eastern Mediterranean as support for the Liberation of Kuwait.

February - In Eastern Mediterranean off Cyprus.

10th April - Portsmouth for a Base Assisted Maintenance Period (BAMP) and Easter leave.

30th May - Sail from Portsmouth for Shakedown period.

28th November - Commence Docked Assisted Maintenance Period (DAMP). To include the fitting of a reverse-osmosis plant.