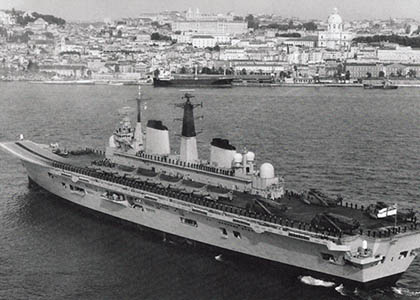 1st May - Visit by HRH The Duke of Edinburgh to mark the 50th anniversary of his joining the Royal Navy.

1st May - Sail from Portsmouth for Exercise MINIBUS.

10th May - Sail for Exercise SQUARE NUT with the Royal Netherlands Navy.

22nd - 31st May - Exercise VENDETTA in the Norwegian Sea.

18th November - Contingent of the Ship's Company march through the City of Leeds.