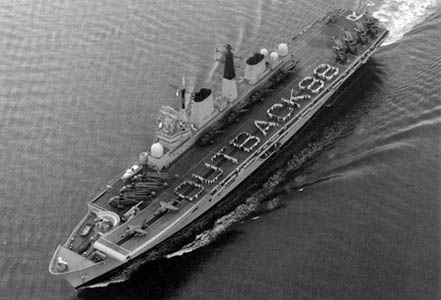 May - Maintenance and Leave period.

23rd July - Ship's Company to muster on the flight deck for the Outback '88 photograph.

11th September - "Crossing the Line" Ceremony on the flight deck.

13th October - Visit to Melbourne (cancelled due to protests).

15th December - Arrive in Portsmouth at South Railway Jetty for a Base Assisted Maintenance Period (BAMP) and Christmas Leave.