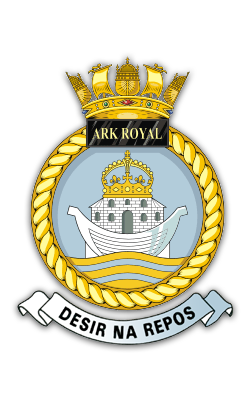 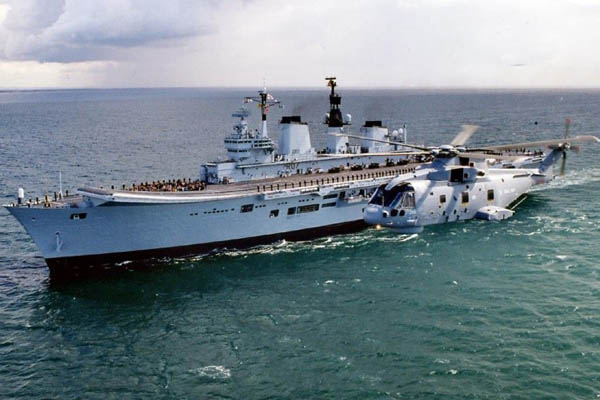 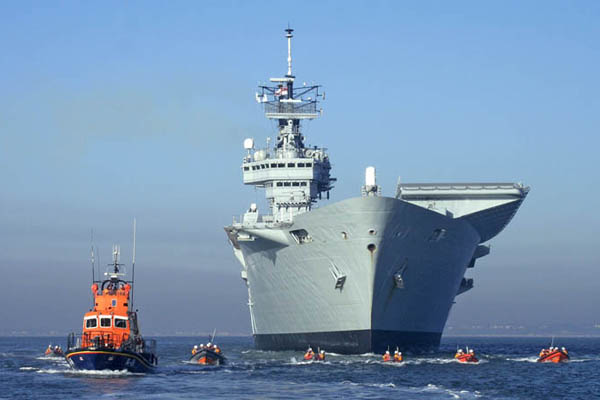 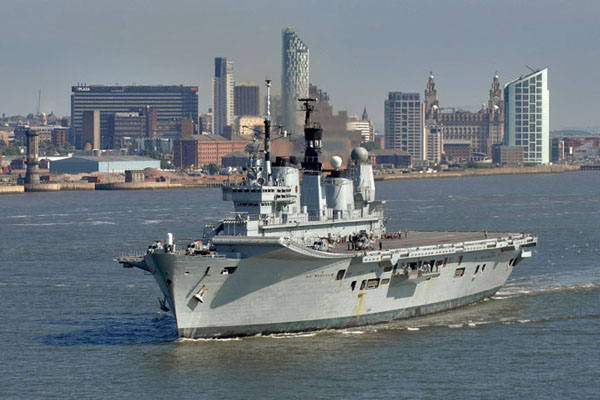 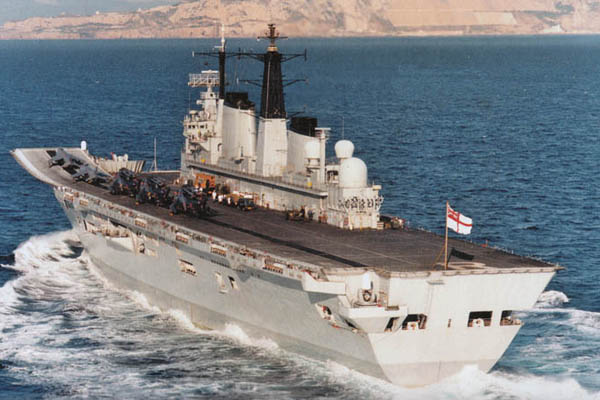 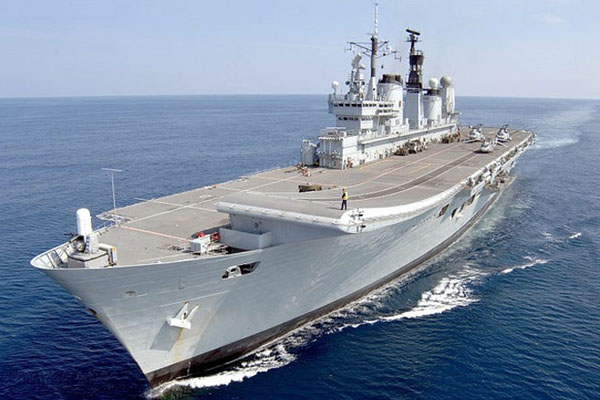 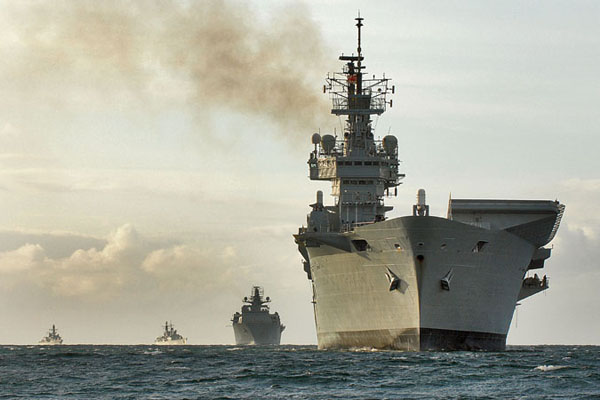 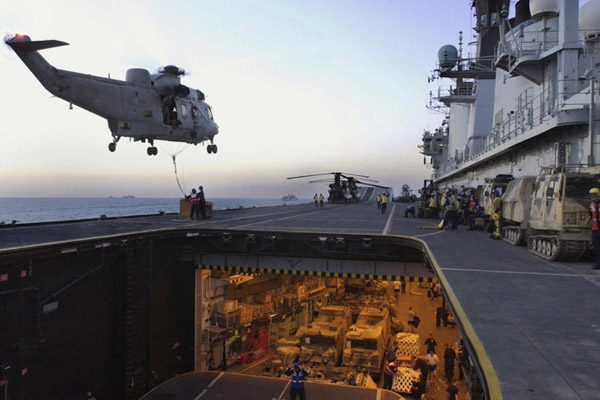 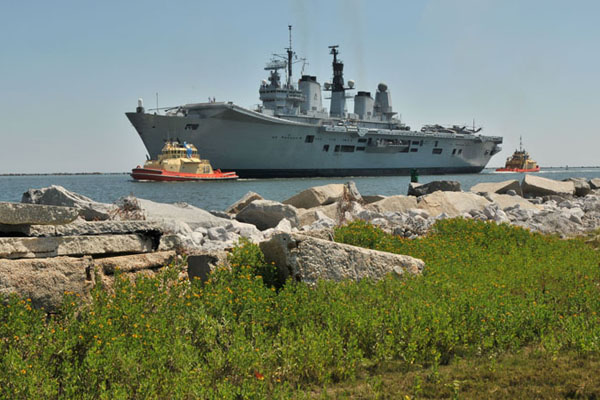 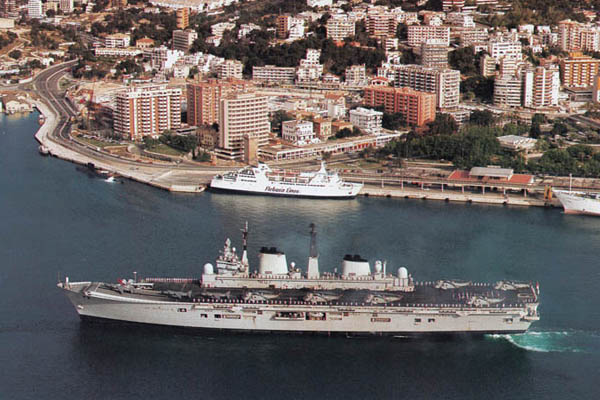 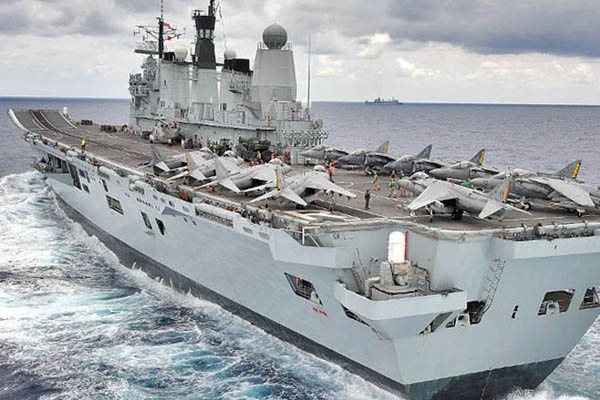 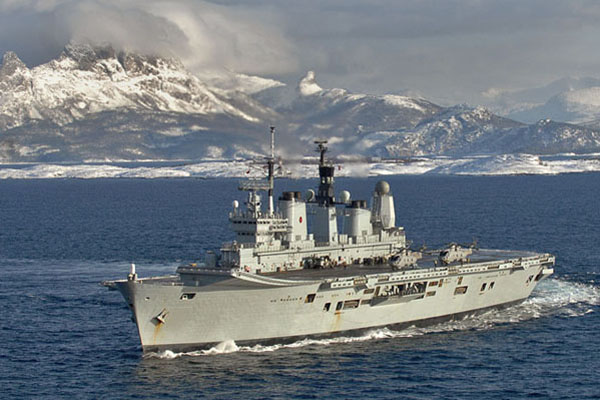 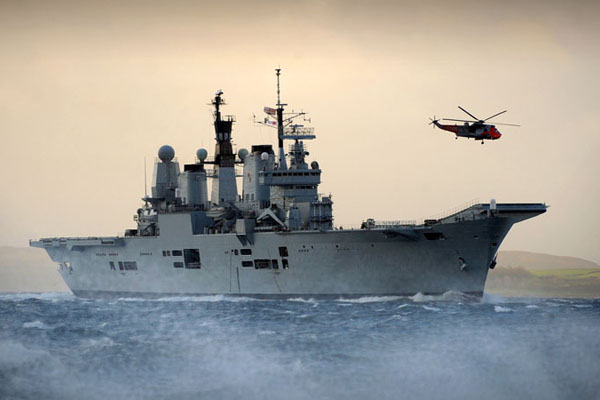 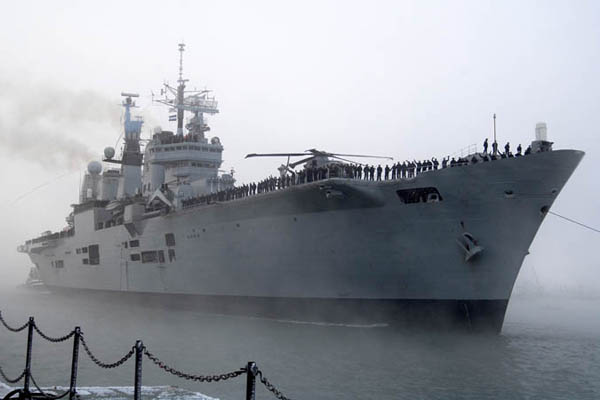 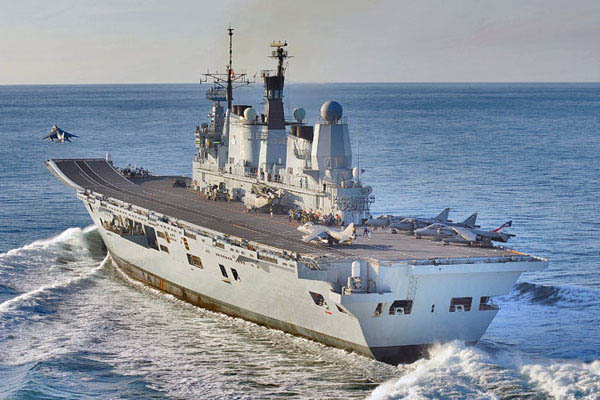 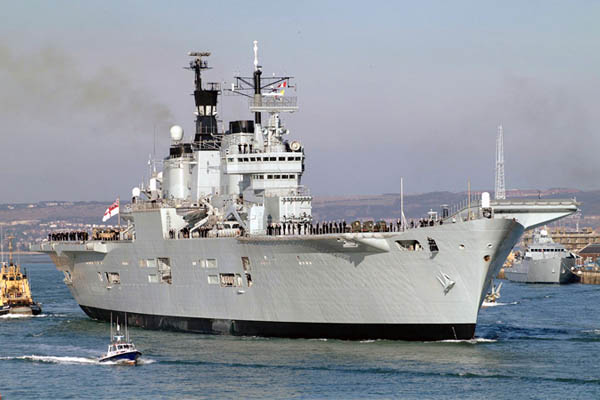 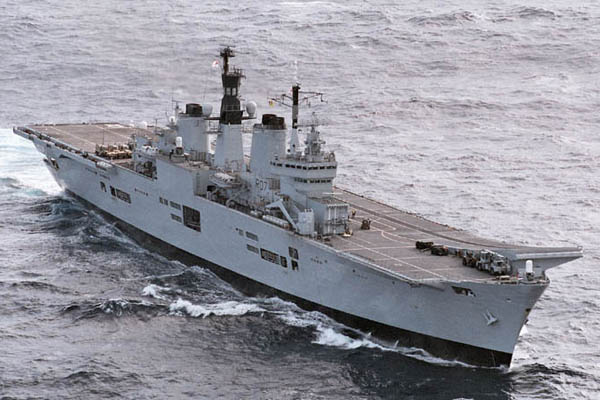 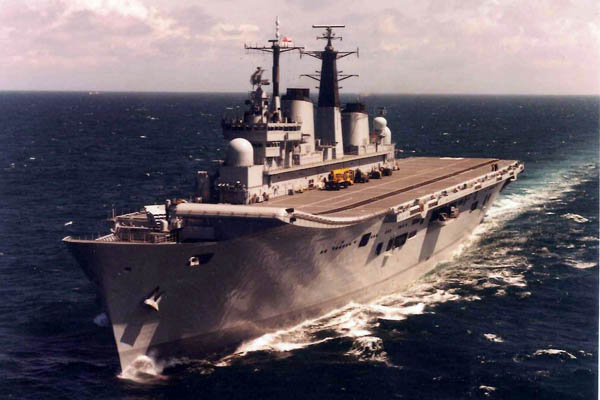 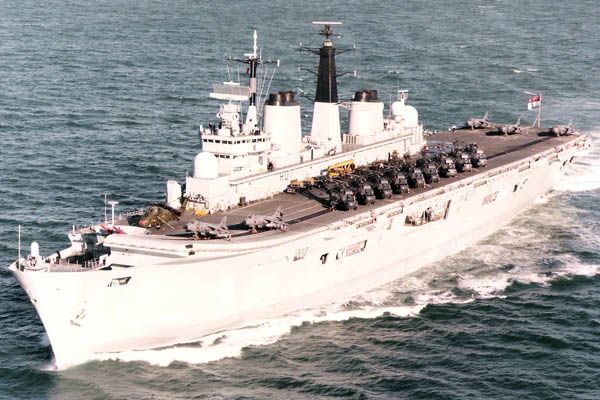 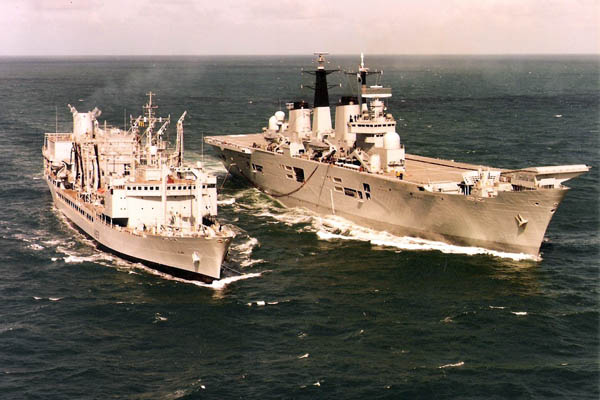 HMS Ark Royal was the third and final ship of the Royal Navy's Invincible Class of light aircraft carriers (CVS) and the fifth ship to carry the name Ark Royal. Originally intended to be named Indomitable to match the rest of the class, her name was changed in 1978 due to popular demand after the demise of the previous Ark. Built by Swan Hunters at Wallsend Shipyard, she was launched by Queen Elizabeth The Queen Mother on 2nd June 1981, entered into Royal Navy service on 1st July 1985, and was officially commissioned in the presence of the Queen Mother on 1st November that year.

Her 25 years in service saw her sent to the Adriatic in 1993/94 to help control the no-fly zone during the Bosnian War and she served as a command platform for amphibious operations during the 2003 invasion of Iraq.

Originally due to leave service in 2016, Ark Royal unfortunately became a casualty of the Government's 2010 Strategic Defence and Security Review. She entered her home port of Portsmouth for the last time on 3rd December 2010 and was officially decommissioned on 11th March 2011.

This website is dedicated to HMS Ark Royal V and the men and women who served on her during more than 25 years of service.

Welcome to our website! If you have any comments or suggestion for the site then please post them on the Guestbook page. If you have any photos that you wish to donate to the website please email them to us at .